// WE ARE RECRUITING
// MARKETING AND COMMUNICATIONS MANAGER

WE SPARKED SOME EMOTIONS

Our designer and artist Tina Karlsson recently received a commission to design a graphic print to a bicycle lane along Klarälven river in the in the municipality of Karlstad, Sweden. Never

would we have guessed that this would trigger so many feelings and reactions. We have had people stop their cars and turning of their bicycles just
to tell us that our art is not appropriate (often using a language not allowed on Facebook!). Neither would we have guessed that we would receive so many mails and phone calls of people expressing their support. Today the story culminated in the main

Swedish television news show. And what is it about? Simplified, stylized graphic figures representing pieces of timber floating along a river. Who said art is not powerful? 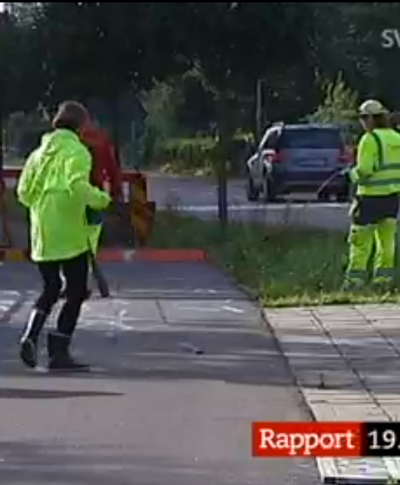